A downloadable game for Windows

The first verse of Troll Song, released as freeware.

This gives a good taste of what the full game will be like, and lets you in on some of the storyline.

"Troll Song aims to tell the story of trolls as a people, a culture, a society. The trolls are under threat of extermination, but although they're big and strong, these trolls are no mindless brutes - they are a simple but honourable people with their own sense of morality and honour; a people who have feelings, who develop friendships; even a people who make music. Well, a sort of music...

For the four trolls who manage to survive the attempted trollicide, it's not simply a matter of staying alive, or even a matter of revenge - for you see, to find out what their future can be, they first have to learn about their history - the very origin of their race.

You play as Clod, one of the trolls who manages to escape. Using your trollish abilities, you must also help your remaining friends to escape. Before your journey continues you will find an unlikely ally, and along your path of discovery, you will find out that Clod is not just an ordinary troll... he has a destiny."

-A very retro adventure game with some very modern features

- An intriguing story split into 5 "verses"

- A complete retelling of the origin story of the Troll race

- Detailed animation with thousands of sprites

Sadly the big plans I had for the full game with the story of the trolls never came to completion.  I hope anyone who does play this first "verse" still enjoys it though!

Download the zip. Run WinSetup.exe to set your graphical preferences. (Mostly the default settings are fine for everything else.) In Win7 or above, select at least "2 x nearest neighbour filter" or the game will failed to initialise the graphics mode required (in Full Screen mode). Some laptops will not display correctly in full-screen so you may need to experiment with the settings.

(All of the above is common to all AGS-made games - if you've played any before, just use the settings you used successfully for those and you should be fine.) 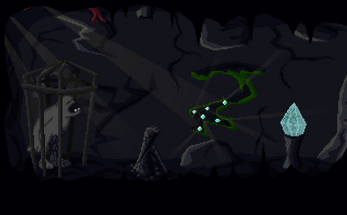 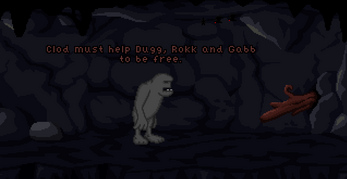 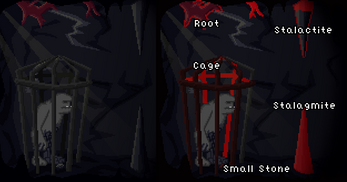 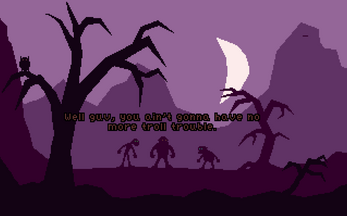 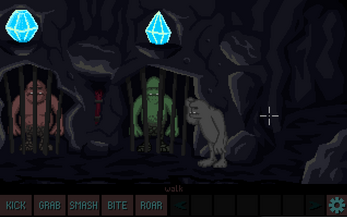